Air purifying paint: the sustainable innovation for your mural

For more than 35 years Iwaarden has been working with artists in the technical execution of murals. These years of extensive experience, up-to-date paint knowledge and masters refined techniques make us a specialist in this field. We have an applicable paint system for every surface and we continue to develop it. Discover our latest innovation: air purifying paint.

Iwaarden is committed to a sustainable future. An example of this is the addition of air purifying paint to our product range. With this sustainable solution, we distinguish ourselves together in the execution of your project and reduce the impact on the environment, while the quality of the final result is guaranteed.

The inspiration for air purifying paint finds its origin in nature. Here we see that - under the influence of daylight - water and carbon dioxide are converted into oxygen and sugar. We call this process photocatalysis, in which the chlorophyll is the driving force. The paint we use works in a similar way: photocatalysis also takes place here.

Photo: reaction in which a substance, which acts as a booster, is activated under the influence of light.
Catalysis: the initiation of a chemical reaction.

When applying air-purifying paint, the pigment becomes the booster (just as chlorophyll is the booster in nature). Under the influence of light, the pigment constantly breaks down harmful, organic substances and foul odors (Fig. 1). The effect is at its best when the light intensity is at its highest and the light influence at its longest. During the decomposition process, substances are converted into small, harmless constituents. The rain will wash them off (Fig. 2). After this, the booster always returns to its original state (Fig. 3) and is ready for a new round of catalysis: this process is infinite. 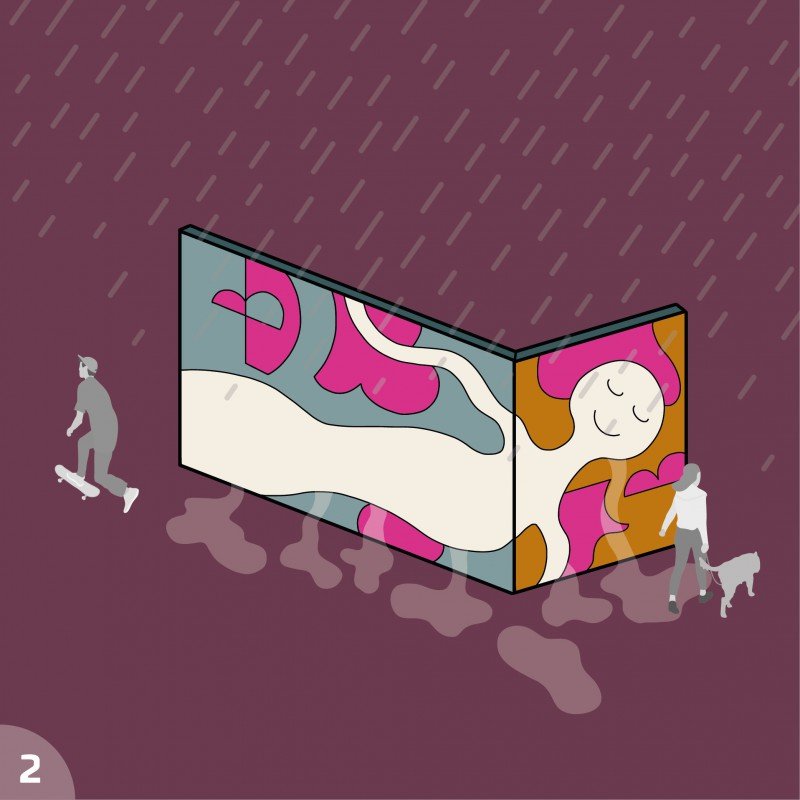 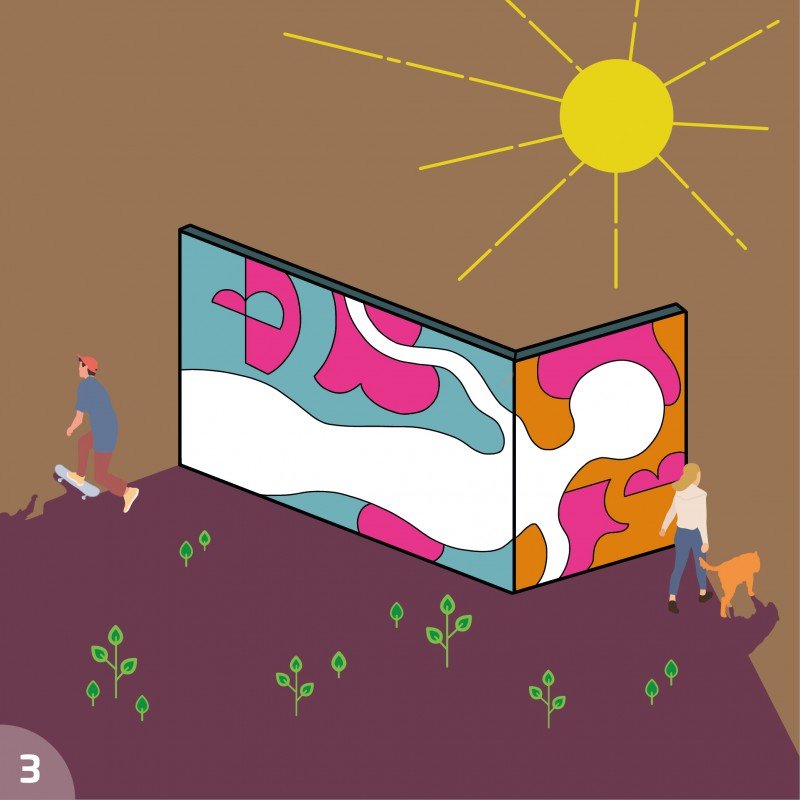 Each form of light is different. Photocatalysis normally requires Uv light, but indoor lighting is also sufficient for a photocatalytic effect for some pigment types. This is how a distinction is made between exterior and interior paints. The indoor paint is very suitable for areas in sectors with greater demands such as education, public buildings and medical institutions.

Work with our paint and...

Use this paint and do your part to:

Want to discuss the options for air purifying paint in your design? Get in touch with us!

Together we look at the application of air purifying paint in your design. You bring the design and we will do the rest; from your idea to a sustainable end result.

Do you want to get started?
Fill in your details on the right! One of our project managers will contact you without obligation.

inspiration in your inbox